The Perceptions of Pregnancy blog, like the Researchers’ Network, aims to reach beyond boundaries and borders, and to facilitate an international and interdisciplinary conversation on pregnancy and its associated bodily and emotional experiences from the earliest times to the present day. Today’s post on American Purity Balls is contributed by Jamie Wagman.

Everything was white. As I entered a gleaming ballroom, I surveyed the scene: a white tabletop featuring a three-tiered wedding cake topped with a castle, and underneath a snowflake adorned canopy, fathers arm in arm with their daughters, each girl carrying a long-stemmed white rose. I was attending a purity ball, or father-daughter dinner dance, where girls, mostly between ages 10 and 16, were about to pledge their virginity to their fathers until marriage.

This abstinence-meets-dinner-theatre event started in the late 1990s in Colorado, created by Randy and Lisa Wilson, who intended to ameliorate father-daughter roles and preach abstinence. Randy Wilson works for the Family Research Council, a conservative advocacy group. Purity balls spread throughout the country among Christian evangelicals and abstinence only sex education supporters. I attended a Midwestern ball several years ago and later interviewed several purity ball organizers, for which I received Institutional Review Board approval. The voices of the women who organized the ball help us understand what makes these affairs popular, and I use their voices – though names have been changed – to make sense of this event’s implications about sexuality norms and gender hierarchy.

So I found myself circling a dance hall one evening, taking note of the purity ball planners, most of them mothers of the children in the room, handing out silver metal “purity jewelry” to the 300 guests. Men, all of whom were fathers, sported suits; daughters donned dresses. Struck by the gendered nature of long-stem roses, purity necklaces or bracelets and tiered wedding cake, objects that emphasized the performativity of gender, I asked the ball committee members why they decorated the room in such a way. Betsy Lancaster said, “White sometimes stands for purity and the kids have really liked getting the rose.” Jane Thomas, explained, “You are trying to excite them about the day they meet their future spouse.” 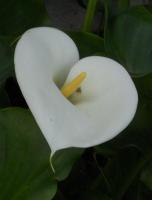 Tiered white wedding cake, flowers, ball gowns, and tiaras are also common themes of traditional American weddings, during which a male typically passes the body of his daughter on to another man. I wondered if sexually experienced teenagers attended the ball or if participants experienced turmoil over wearing their purity jewelry. I questioned whether girls rationalized the balls, looked forward to them, or felt embarrassed by them. I doubted if the younger girls could contemplate the nature of the ball’s message.

Betsy explained to me her mission in throwing this event. Like the Wilsons, she wanted to promote abstinence. Despite the event’s emphasis on abstinence, however, sexually transmitted diseases had recently risen in this community, which was not an anomaly. Abstinence education and virginity pledge programs have received national criticism for not providing advice about protection from disease.

In my interviews, I asked the same question again and again: Why do you do this? A repeated claim was that the purity ball would bring families together. Daughters and dads would grow in their connection and understanding of one another and work together as a united front against the decline of values portrayed in popular culture. Along with improving father-daughter relationships, another theme that emerged was that American popular culture was perilously obfuscating the “truth” about sexual activity. After a chicken dinner, a pastor from a local Christian church discussed purity. He blamed pop culture for the pressures placed on young women today and said that it was up to fathers to take their daughters on dates and to be good examples. He commanded: “Be an example in purity.”

A portion of the ball defined purity using sexual terms, emphasizing young girls’ sexual attractiveness to potential partners. The main attraction was the pledge ceremony, where both fathers and daughters received purity “pledge” cards. The daughter’s pledge card stated: “I make a promise this day to God, my family, myself, my future husband, and my future children; to remain sexually pure until the day I give myself as a wedding gift to my husband.” The father’s pledge, in turn, emphasized responsibility, demonstrating that a father’s value was based on character: “I choose before God to cover my daughter as her authority and protection in the area of purity. I will be pure in my own life as a man, husband and father. I will be a man of integrity and accountability as I lead, guide and pray over my daughter and my family. This covering will be used by God to influence generations to come.”

After the pastor read pledges, repeated by fathers and daughters, he instructed fathers to give the purity bracelets or necklaces to their daughters. Then dancing commenced. Although the girls dressed like women in tight dresses, they acted like children: running barefoot across the room. One girl asked her dad to take her home early because “she wasn’t used to walking around in heels.” A DJ began to play music, and a divide occurred on the dance floor: men on one side, chatting, and groups of girls dancing on the other.

Upon reflection, all aspects of this unusual event construct and enforce damaging ideas about sexual purity. Purity has long held value in American culture, literature, and history, and many have connected virginity to unspoiled landscapes, a quintessential part of the so-called American dream. Yet the balls are a confusing and potentially dangerous cultural phenomenon because only young women’s virginity that has value. Although fathers were saddled with responsibility, the girls were expected to remain pure, untouched virgins, unspoiled American dreams, while the males were deemed owners of their daughters’ sexuality. The ball designated fathers as supreme authorities and girls as easily threatened. No one mentioned young men.

In the end, what stayed with me most was a public display of fear of women’s sexuality. The ball’s discussion of sexuality lacked nuance, and the pledge left no space for girls to fulfill relationships outside of marriage. I felt a sense of adult fear that girls will run wild, become sexual beasts or deviate from the favored female-male pairing. As a parent, I recognize a sense of loss parents feel as children develop relationships outside the family, and this feeling of alienation might create a need to control more. Yet the intention of this ball, while motivated to bring families together, suggests to young women that their identity is circumscribed by their own sexuality. An event dedicated to the purity of young women ultimately treats young people as sexualized.