The Perceptions of Pregnancy blog, like the Researchers’ Network, aims to reach beyond boundaries and borders, and to facilitate an international and interdisciplinary conversation on pregnancy and its associated bodily and emotional experiences from the earliest times to the present day. This week’s post is contributed by Emma O’Toole and examines the decoration of eighteenth-century nurseries.

In an account book dating to the 1730s, Richard Edgeworth, landowner and MP, recorded payments for decorating the nursery room at his family home at Edgeworthstown, County Longford. Architectural details including; casings for ‘architraves above the nursery door’, ‘window shutters’, and ‘a stucco cornice’ for the ‘nursery & the room within it’ were all recorded in his account books. The nursery room accommodated his three children, Francis (1731- ), Nancy (1734- ) and Richard (1744-1817). The expenses paid by Edgeworth for the nursery room were not unremarkable and in line with dozens of other wealthy Irish elite households. Despite an established literature on the eighteenth-century household, in Ireland and abroad, we still know very little about infantile and childhood domestic spaces. One of the difficulties with tracing information on nursery rooms is that many of their original interiors no longer exist. One means of gaining an insight into the location and contents of individual nursery rooms, is the trail of evidence found in household papers, including architectural plans, inventories and entries found in account books.1

For most of human history, infants have slept in the company of others, mainly their mothers. The physical proximity of the baby facilitated feeding as well as helping with the bonding process of mother and child. Changes occurred in the sixteenth and seventeenth century when as research has shown the household became increasingly subdivided by interior functions. It was at this point that rooms dedicated to infants and children were developed in the homes of the wealthy elite. An inventory taken of Kilkenny Castle in 1630, records the presence of one of the earliest nursery rooms in Ireland. By the early eighteenth century nursery rooms were included in the architectural plans of new or renovated Irish houses, designed by some of the most significant architects working in Ireland during the period, including Richard Castle and Francis Johnston. In Castle’s and Johnston’s architectural plans for Carlton House, County Kildare (1739), Leinster House in Dublin city (1745), and Townley Hall, County Louth (1794), nursery rooms were adjoined by a set of ancillary rooms, such as a children’s dining room, closets, and a schoolroom. Evidence suggests that the nursery room in these houses, as well as in other households, were often occupied and slept in by children of different ages, ranging from newborns to fifteen years of age.

Eighteenth-century Irish architectural plans reveal that most nursery rooms were located in the attic quarters, the most undesirable spaces in the household. Historians of the domestic interior have long acknowledged that where people slept in the house provided physical expression of their social ranking within the domestic environment.2 For instance, first floor rooms were the most impressive and it was where the state and guest bedrooms were located, the front rooms were considered better than the back, the ground floor the most accessible and the damp cellars and draughty garrets were typically were the servants resided. Nursery rooms were often located in close proximity to the servant’s quarter, including the bedchambers of nursery maids, governesses, ladies’ maids, and valets.

It appears regardless of their undesirable household location nursery rooms are regularly recorded as well furnished. Inventories taken of nursery rooms found in some of the wealthiest households in Ireland record damask hangings for cradles and beds, elaborate stucco ceilings, printed wallpaper and oak furniture. Accounts books show that preparations for the nursery room often began during the late stages of pregnancy. For example, in 1804 weeks prior to the birth of her first child, Lydia Grubb, wife of the prosperous grocer Joseph Benjamin Grubb of Clonmel in County Tipperary, purchased a range of furniture pieces for their nursery room, including: ‘a child’s bedstead’ made of oak with ‘posts and sides’ (£2), one mahogany child’s footstool, a commode, and ‘a low child’s chair’ (7s 7d), a child’s table made of elm, and a ‘mahogany nurses chair’ (16s).3 The nurses chair referred to in Grubb’s bill was most likely a specialised chair designed for the nursing mother.

Of all the items purchased for the nursery room the cradle was often the most expensive. In May 1748, the Limerick land agent Nicholas Peacock purchased and ‘fitted’ a new cradle during his wife’s first lying-in.4 In eighteenth-century Ireland cradles came at many prices; the differences in price were reflected in the look of the cradle. While most cradles were lined with a straw mattress, a sheet, a pillow, blankets and a coverlet, in the homes of the prosperous cradles were also decorated with featherbeds, lawn, silks, laces, quilted satins, damasks and pillows. At a cost of £1 5 ½ s 5d it appears that the cradle Peacock fitted came with a variety of these expensive items.

The ability to develop and furnish a nursery room remained the province of wealthier individuals throughout the eighteenth century. In modest households, such as the two-room home owned by Nicholas Peacock, newborn infants would have slept in the cradle perhaps beside their parent’s bedstead. It is not until the early nineteenth century that purpose-built nursery rooms are found in the homes of the upper echelons of the Irish middling rank. 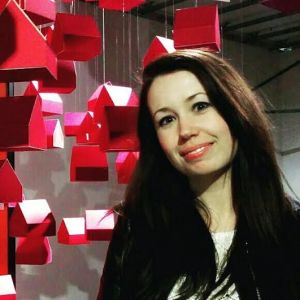 Emma O’Toole is a PhD candidate in the Faculty of Visual Culture at the National College of Art & Design in Dublin. Her thesis examines the material culture of pregnancy and infancy in Ireland during the long eighteenth century. It addresses such areas as the objects, spaces and related ideologies surrounding maternity and infancy, together with the increasing range of commodities marketed to parents. She has published on medicinal care in the eighteenth- and early nineteenth- century Irish home and has a forthcoming article on maternity fashion in eighteenth- and early nineteenth-century Ireland. Follow her on Twitter: @EmmaOToole2 or on Academia: https://ncad.academia.edu/EmmaOToole