The Perceptions of Pregnancy blog, like the Researchers’ Network, aims to reach beyond boundaries and borders, and to facilitate an international and interdisciplinary conversation on pregnancy and its associated bodily and emotional experiences from the earliest times to the present day. In this week’s post Rachel Botha considers the visual representations of mothers in debates surrounding abortion.

The Disembodied Mother: the representation of motherhood in the visual
culture surrounding the abortion debate.

According to the Eighth Amendment in the Constitution of Ireland the right to life of the unborn is equal to the right to life of the mother. This legislation is ultimately transferred to the visual culture that surrounds the brewing debate of abortion in Ireland. In this piece I shall be honing in on the impact of visualising the foetus, and how it essentially disembodies the pregnant woman to exaggerate ‘life’- the life of the foetus as a separate entity to the mother.

END_OF_DOCUMENT_TOKEN_TO_BE_REPLACED

The Perceptions of Pregnancy blog, like the Researchers’ Network, aims to reach beyond boundaries and borders, and to facilitate an international and interdisciplinary conversation on pregnancy and its associated bodily and emotional experiences from the medieval to the modern. Today’s post is contributed by Owen Davies who writes on the associations between pregnancy and ghosts.

From the ancient world to the present, societies across the globe have been concerned that problems in childbirth were a potential source of malevolent ghosts. People who died prematurely or tragically were thought to leave restless spirits that could harass, torment or spread illnesses amongst the living. It is no surprise, then, that women who died during pregnancy or childbirth formed one such vengeful group. Known in ancient Mesopotamia as the lilitu, they preyed on pregnant women.[1] The cause of such childbirth complications was itself considered an act of divine supernatural vengeance. It was recorded of the hag-goddess Lamashtu that:

She touches the bellies of women in labour,

She yanks out the pregnant woman’s baby.[2]

END_OF_DOCUMENT_TOKEN_TO_BE_REPLACED

The conference seeks to build on inter-disciplinary learning about access to abortion, activism and abortion politics by posing the question “how does abortion sit within the reproductive justice framework?”

END_OF_DOCUMENT_TOKEN_TO_BE_REPLACED

The Perceptions of Pregnancy blog, like the Researchers’ Network, aims to reach beyond boundaries and borders, and to facilitate an international and interdisciplinary conversation on pregnancy and its associated bodily and emotional experiences from the earliest times to the present. Today’s post is contributed by Dr Gillian Kenny.

Medieval women not only often had the care of children on their minds, they also had the prevention of more children on their minds too. It is difficult to assess to what extent women and couples acted to control their families during the medieval period (for example by using coitus interruptus) but it seems clear from a myriad of sources that women in particular were aware of contraceptive methods and used them. Thomas of Chobham, writing in c. 1216, contended that women engaged in anti-conception acts when engaging in illicit sexual activity in order to avoid the outcome and that others did it to avoid the pain of childbirth.[1] It is important to note that during the medieval period the difference between contraception (preventing conception) and abortion (the termination of a pregnancy) was not clearly understood largely because the fetus was not really considered as such until ‘ensoulment’ had taken place (known as the ‘quickening’ or when the woman first felt it move).

END_OF_DOCUMENT_TOKEN_TO_BE_REPLACED

The Perceptions of Pregnancy blog, like the Researchers’ Network, aims to reach beyond boundaries and borders, and to facilitate an international and interdisciplinary conversation on pregnancy and its associated bodily and emotional experiences from the earliest times to the present day.

Anyone paying attention to news coverage of Irish politics will know that the parliament recently voted against the fatal foetal abnormality bill introduced from the opposition benches by Independent TD/MP Clare Daly. Or perhaps you saw BBC 3’s recent documentary, Abortion: Ireland’s Guilty Secret? Our latest post is courtesy of Alan Kinsella who has made documents relating to the Irish abortion debate in his election literature archive available to us.

Ireland has had five different Abortion referenda, the first of which was in 1983. In my own material the first time I see abortion mentioned is at the 1981 Fine Gael Ard Fheis (Annual Conference) with the motion ‘That this Ard Fheis calls on the Fine Gael Party to reject abortion’. We also have a commitment on an Abortion Referendum from a 1981 Fianna Fail canvassers’ guide.

END_OF_DOCUMENT_TOKEN_TO_BE_REPLACED

The Perceptions of Pregnancy blog, like the Researchers’ Network, aims to reach beyond boundaries and borders, and to facilitate an international and interdisciplinary conversation on pregnancy and its associated bodily and emotional experiences from the earliest times to the present day. Our latest post, which explores nineteenth-century abortion, is contributed by Professor Owen Davies. This is our last post of 2014, and we will be back on 12 January. Thank you to our contributors, members and readers who have made our first year so successful and enjoyable.

Cunning-folk as abortionists in nineteenth-century England

In 1978 one of the pioneers of historical research on abortion practices, Angus McLaren, observed, ‘the development of new methods of birth control and the controversy over their use at the turn of the [nineteenth] century took place in the presence of a reality not yet fully perceived by historians – a widespread tradition of abortion based on folk remedies.’[1] The point still holds today. There is a general awareness of the role of folk remedies and practitioners in abortion and birth control, but very little detailed study. The sources are a problem, with the topic avoided or underrepresented in the volumes of material collected by antiquarians and folklorists.[2] We have very little autobiographical material. Poor working class women did not write in diaries about their birth control strategies. The voices that clamour in the sources are those that condemned the illegal practice.

END_OF_DOCUMENT_TOKEN_TO_BE_REPLACED

The Perceptions of Pregnancy blog, like the Researchers’ Network, aims to reach beyond boundaries and borders, and to facilitate an international and interdisciplinary conversation on pregnancy and its associated bodily and emotional experiences from the medieval to the modern. Today’s post is contributed by Anna J. Clutterbuck-Cook on Lonny Myers and twentieth-century abortion law.

While at the Schlesinger Library recently, working in the National Association for the Repeal of Abortion Laws (NARAL) records, I came across an unfamiliar name. In the program for the First National Conference on Abortion Laws: Modification or Repeal? (Chicago, Illinois, 14-16 February 1969) the local contact for the working group that would become NARAL was Lonny Myers, M.D.

END_OF_DOCUMENT_TOKEN_TO_BE_REPLACED

What? The Future of the Abortion Law discussion

Where? Committee Room 15 of the House of Commons, Westminster, London SW1A 0AA (map of parliament).

Free to attend, but pre-registration is necessary.

END_OF_DOCUMENT_TOKEN_TO_BE_REPLACED

Gillian Kenny’s recent post on attitudes towards abortion in medieval Ireland was picked up by the news website, broadsheet.ie. 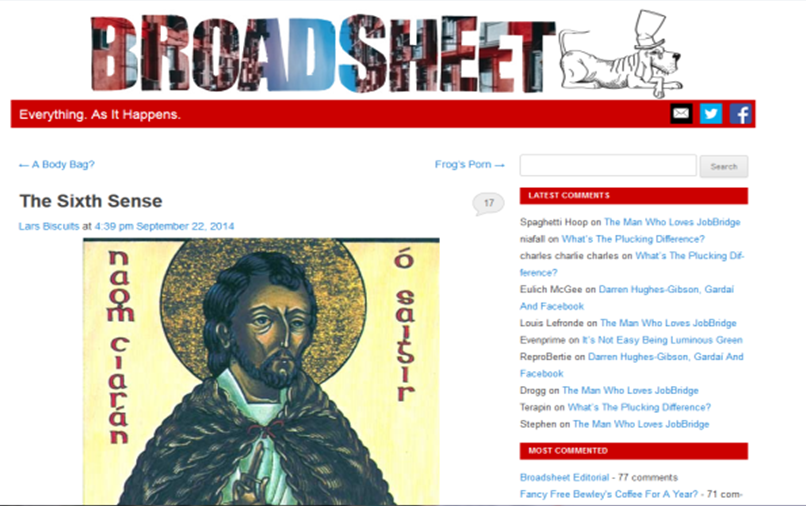 The Perceptions of Pregnancy blog, like the Researchers’ Network, aims to reach beyond boundaries and borders, and to facilitate an international and interdisciplinary conversation on pregnancy and its associated bodily and emotional experiences from the medieval to the modern. Today’s post is contributed by Gillian Kenny, a Research Associate at the Centre for Gender and Women’s Studies at Trinity College Dublin, Ireland.

Abortion (or the lack of it) is back in the news in Ireland again following reports that a woman who claimed to be suicidal was denied an abortion and instead gave birth by caesarean at 25 weeks. The roots of lay and clerical anti-abortionism in Ireland would appear to be a modern phenomenon as medieval sources indicate a country in which abortion could be seen as a less severe offence by clerics, for example, than bearing an unwanted child or committing ‘fornication’.[1] In the middle ages women commonly underwent abortions in Ireland and the fact that they did so is reflected in numerous sources. Enshrined in the medieval Irish legal code is that fact that a wife could be divorced if she had procured an abortion for herself. This prohibition is part of a long list of grounds for divorce which included infanticide, flagrant infidelity, infertility, and bad management.[2] Thus the circumstances in which a man could divorce his wife were obviously quite severe but even still the wife was allowed to receive her marriage-portion back (even after an abortion).