The Perceptions of Pregnancy blog, like the Researchers’ Network, aims to reach beyond boundaries and borders, and to facilitate an international and interdisciplinary conversation on pregnancy and its associated bodily and emotional experiences from the medieval to the modern. Today’s post is contributed by Jessica Cox and examines Victorian debates about breast feeding.

Breast or Bottle? A Victorian Debate

In twenty-first century Britain, women are more likely to breast feed if they are educated beyond the age of eighteen, work in professional occupations, and live in less deprived areas. This marks a distinct shift from the early to mid-nineteenth century, when women from higher socio-economic groups often eschewed the practice of nursing their own children – though the relatively common practice of employing wet nurses meant many of these children were still breastfed. Queen Victoria is a case in point: she refused to nurse her nine children herself, and was disgusted when her two eldest daughters elected to breastfeed. In a letter to her second daughter, Princess Alice, she wrote:

[A] child can never be as well nursed by a lady of rank and nervous and refined temperament – for the less feeling and more like an animal the wet nurse is, the better for the child

Outraged that her daughters had disregarded her advice, she reportedly named one of the cows at the royal dairy ‘Princess Alice’, reinforcing the association between breastfeeding women and animals – something which speaks to notions of both class hierarchy and evolution. Ironically, had Victoria chosen to breastfeed her children, she may have conceived less frequently, and endured fewer pregnancies – periods she bitterly resented. Recalling the early years of her marriage to Albert to daughter, Vicky, in 1858, she wrote: ‘What made me so miserable was — to have the two first years of my married life utterly spoilt by this occupation!’  As with breastfeeding, she viewed pregnancy as a state which rendered women closer to animals: responding to Vicky’s express desire to fall pregnant, and her anticipated pride at giving life, she wrote, ‘I think much more of our being like a cow or a dog at such moments’. For Queen Victoria, refined ladies were unsuited to the physical demands of childbearing – pregnancy, birth, and breastfeeding: the latter, at least, could be avoided through the employment of wetnurses.

As the century progressed, Victoria’s attitude, and the practice of hiring wet-nurses, became increasingly outdated. Lower mortality rates amongst babies ‘nursed’ by their mothers pointed to the advantages of maternal breastfeeding over both so-called ‘artificial feeding’ (involving spoon or bottle feeding babies animal milk or other concoctions), and the wet-nursing. While the aristocracy might be able to ensure the respectability of those they employed, the middle classes, according to the often sensational denouncements of the practice found in Victorian journals, could not. An article which appeared in the Medical Times and Gazette in 1860 condemned the system by which the ‘suckling mothers of illegitimates may find a valuable market for their wares’, whilst in Infant Feeding and its Influence on Life, published the same year, Charles Henry Routh, M. D., listed multiple dangers to the child given into the care of a wet nurse, including increased likelihood of death, and the possibility of misconduct by the nurse. These attitudes contributed to the significant decline in the use of wet nurses in the latter part of the century.

Along with this decline, the significant shifts in both attitudes towards and rates of breastfeeding from the nineteenth century to today can be attributed, at least in part, to two further parallel (though contrary) Victorian trends, which continue to have ramifications in contemporary debates around infant feeding: the increasing recognition of the medical benefits of breastfeeding, and new developments in infant formula and baby bottles. Advances in food preservation, an increased awareness of the importance of cleanliness and sterilisation, wider availability of animal milk (ass’s milk was considered the best substitute for a mother’s milk), and the introduction of new types of baby bottles and infant formula in the Victorian era all contributed to increases in bottle feeding rates over the course of the period – a trend that continued well into the twentieth century. Nonetheless, raising babies ‘by hand’ in the nineteenth century remained a dangerous practice, with contemporaneous infant mortality rates high – up to 80% according to some commentators.

Increasing evidence in favour of breastfeeding as the safest option for babies led to Victorian medical journals and domestic advice books strongly encouraging the practice. In Mother and Child: Practical Hints on Nursing, the Management of Children, and the Treatment of the Breast (1868), Charles Vine employs religious arguments to encourage women to breastfeed: ‘It was beneficently ordered by the Creator that the child for a certain period after birth should be dependent on the maternal nourishment for its support’. He goes on to outline the ‘evil consequences arising from the neglect of suckling’. In an article which appeared in Cassell’s Household Guide in 1873, the anonymous author declared, ‘The most suitable food for infants is that of Nature’s own providing – mother’s milk’, and argued that ‘During the time a child receives nourishment at its mother’s breast the earliest bond of sympathy, destined to influence a lifetime, of parent and child is mutually formed’. These works seek to encourage breastfeeding through an engagement with the Victorian cult of motherhood – appealing to both religious beliefs and maternal love in their attempts to persuade mothers to nurse their own children.

Today, the NHS website echoes this sentiment, noting that breastfeeding, ‘can build a strong physical and emotional bond between mother and baby’. The religious rhetoric may have disappeared, and safety concerns around bottle feeding been assuaged, but contemporary advice to women continues to echo Victorian debates over breast or bottle. 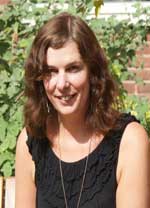 Cox is a lecturer in English Literature at Brunel University London. She has research interests in Victorian popular fiction, the Brontes, first-wave feminism, and neo-Victorianism.