The Perceptions of Pregnancy blog, like the Researchers’ Network, aims to reach beyond boundaries and borders, and to facilitate an international and interdisciplinary conversation on pregnancy and its associated bodily and emotional experiences from the earliest times to the present day. This week Morag Allan Campbell writes about pregnant women and the asylum in nineteenth-century Scotland.

In his annual report of June 1858, James Howden, Medical Superintendent of the Montrose Royal Lunatic Asylum, on the east coast of Scotland, chose to explore in some detail a case which he noted as ‘somewhat peculiar’.   A young woman had been admitted to the asylum ‘in a state of great excitement’.  Before long, the asylum doctors began to suspect she was pregnant, and she duly gave birth to a baby boy.  Immediately, she became ‘calm and collected’ and her conversation became rational.[1]  The following year, Howden noted a similar case.   A pregnant woman had been admitted in ‘an apparently demented condition’ and gave birth to her child in the asylum, after which she ‘slowly regained her mental powers’ and ‘ultimately recovered’.[2]

During the nineteenth century, the term ‘puerperal insanity’ became widely used in medical literature to describe mental disorders associated with childbirth and became a somewhat loose term which embraced ‘every variety of insanity which may occur during gestation’.[3]  Within this broad diagnosis, physicians and alienists recognised insania gravidarum, or insanity of pregnancy.[4]

James Howden was highly sympathetic towards the two women whose cases he had detailed, and used their stories to argue that ‘surely, if there were ever an occasion when an insane woman requires the protection which an Asylum affords, it is during the trying and anxious period of her travail’.[5]  This was not a view universally shared by his contemporaries and certainly would not have been a position supported by one of his predecessors at Montrose, Richard Poole .

Poole, in 1840, had in fact been somewhat distressed to find that a patient in his care was pregnant. He regarded the woman’s removal from the asylum as in ‘every way expedient’ on the grounds that ‘the Asylum is not precisely an Infant School’.  The woman, however, gave birth to a still-born child before she could be removed after which, Poole noted, she returned to ‘a state of entire sanity’.[6] 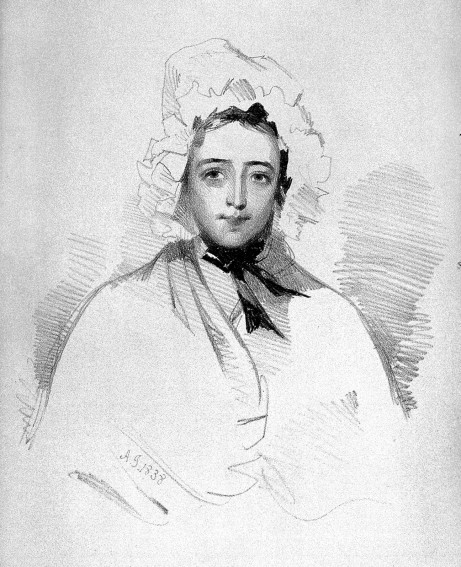 Poole was not alone in his unwillingness to allow pregnant women to remain in the asylum.  In February 1826, a young woman had been admitted to Dundee Lunatic Asylum, further down the coast from Montrose.  Mrs Brown, the wife of a shipbuilder, was described as being ‘peevish, perverse and ungovernable.’   By June, her case notes state that she was ‘very little better in mind’, but also that she had not menstruated during her time in the asylum and that there were ‘other signs of pregnancy, though not unequivocal’.  By August, the physician was sure she was pregnant, and probably in the seventh month.  Despite the fact that her mind was considered to be ‘far estranged’, Mrs Brown was discharged from the asylum ‘at the committee’s wish’ on account of her pregnancy.[7]

In the enquiry that preceded the Lunacy (Scotland) Act 1857, physicians at Scottish asylums were asked about their policies surrounding the admission of pregnant women and gave a variety of somewhat ambiguous responses.  The celebrated W. A. F. Browne, of the Crichton Royal Asylum at Dumfries, replied that the asylum would not refuse pregnant women, adding however that he did retain the ‘right to refuse pregnant females’ which he felt was necessary on account of ‘the difficulty of finding a competent person to attend to such cases, which may sometimes be better attended to at home’.[8]

David Skae, of the Royal Edinburgh Asylum, replied that he would not ‘consider it a reason for refusing a case, that the patient was pregnant: on the contrary’.  He did, however, add that such patients might be refused because of ‘the crowded state of the house’.[9]  Alexander Mackintosh, of Glasgow Royal Asylum, did admit to refusing ‘one or two pregnant women in the last four years’ on the grounds that there had been ‘room in the town’s hospital, or poorhouse’.  Such cases would have required separate apartments, and their admission would have put the asylum to unnecessary ‘trouble and expense’.[10]  Mackintosh had at least been honest in revealing the cause of his misgivings.

Nineteenth-century doctors stopped short of including ‘singular whims and caprices’ among the symptoms of insanity but noted the possibility of severe ‘mental derangement’ of the kind which could lead to ‘morbid impulses’ and the committal of ‘heinous’ crimes such as murder and suicide.[11]  However, although mental illness during pregnancy was recognised as both distressing and dangerous, the pregnant woman apparently offered an additional and unwelcome logistical challenge to asylum management in early- to mid-nineteenth century Scottish asylums.

Morag Allan Campbell has just completed her PhD in Modern History at the University of St Andrews (UK).  Her thesis, ‘This Distressing Malady’: Childbirth and Mental Illness in Scotland, 1820 – 1930, investigates the experiences of nineteenth- and early-twentieth century women who suffered from childbearing-related mental illness, and explores the narratives understood by their families, neighbours, friends and authorities.  She is now embarking on further research on women and mental healthcare in Scotland.

[6] Scottish Lunacy Commission. Report by Her Majesty’s commissioners appointed to inquire into the state of lunatic asylums in Scotland and the existing law in reference to lunatics and lunatic asylums in that part of the United Kingdom. With an appendix. 1857, Session 1. House of Commons Parliamentary Papers Online: 501 – 2.

One thought on “‘Trouble and Expense’: The Pregnant Woman and the Asylum”